Grant is a big fan of practical jokes – something that has come in use as he sells copies of The Big Issue on Canberra’s streets for the past 14 years.

Customers have come to know him as the guy that shouts out things such as “You dropped your pocket” as they walk by. His jokes don’t always make any sense, but it still makes people stop, think and eventually, smile. For Grant, it is the ultimate ice-breaker.

“I said to one regular guy ‘I have your Christmas present’,” Grant said.

The long-time Big Issue vendor says, for the most part, that’s how people react to him and other vendors – with a little bit of kindness.

But kindness is not the only thing Grant has received from his time working for the magazine, which focuses on creating work opportunities for people experiencing homelessness, marginalisation and disadvantage.

Along with a steady income and the sense of purpose that comes with the ability to work for himself, Grant’s job also helped him acquire secure housing.

One of his regular customers worked in accessible housing and six years ago helped Grant get into Common Ground in Gungahlin – low-cost supportive housing aimed at people who are chronically homeless. 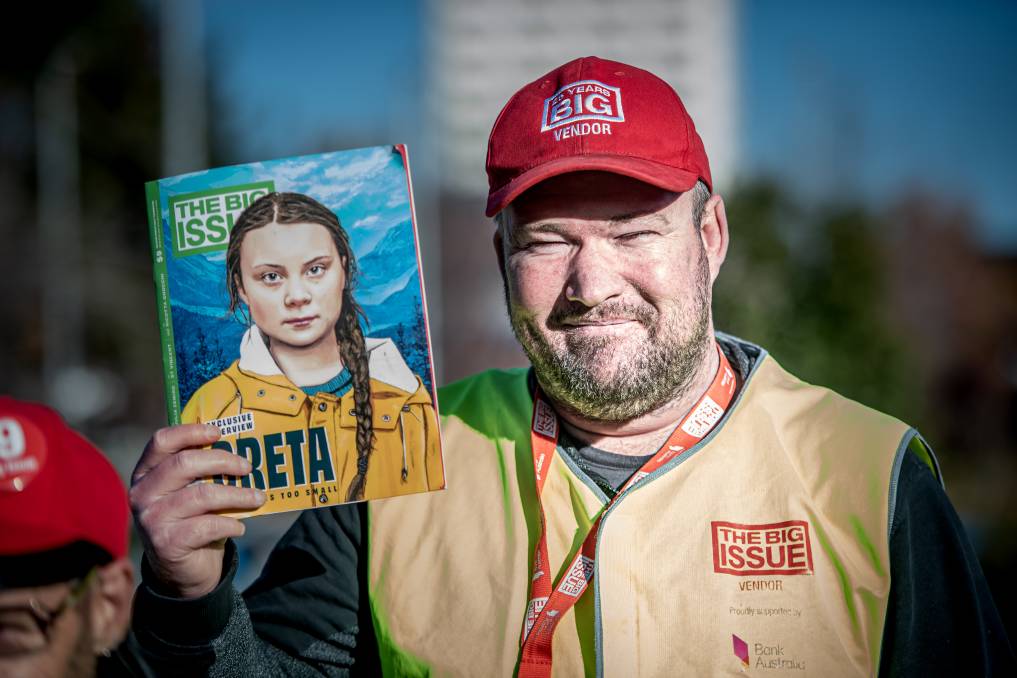 In a way, you could say that Grant is now passing it on. Just seven weeks ago he met Randy while selling The Big Issue and convinced him to get a job as a vendor.

“I was begging for money, and Grant said, ‘This is where you should be doing – selling The Big Issue,” Randy says.

“I’m slowly getting customers. You get to meet different people from all walks of life and get to know them. And they regularly come back. I’ve got a few customers already at the Ainslie shops and in the city. And it’s really good. I enjoy it. I like meeting people.”

From Friday, Grant and Randy could even autograph the copies of The Big Issue they sell, as they’re both featured in this week’s 25th-anniversary edition of the magazine. 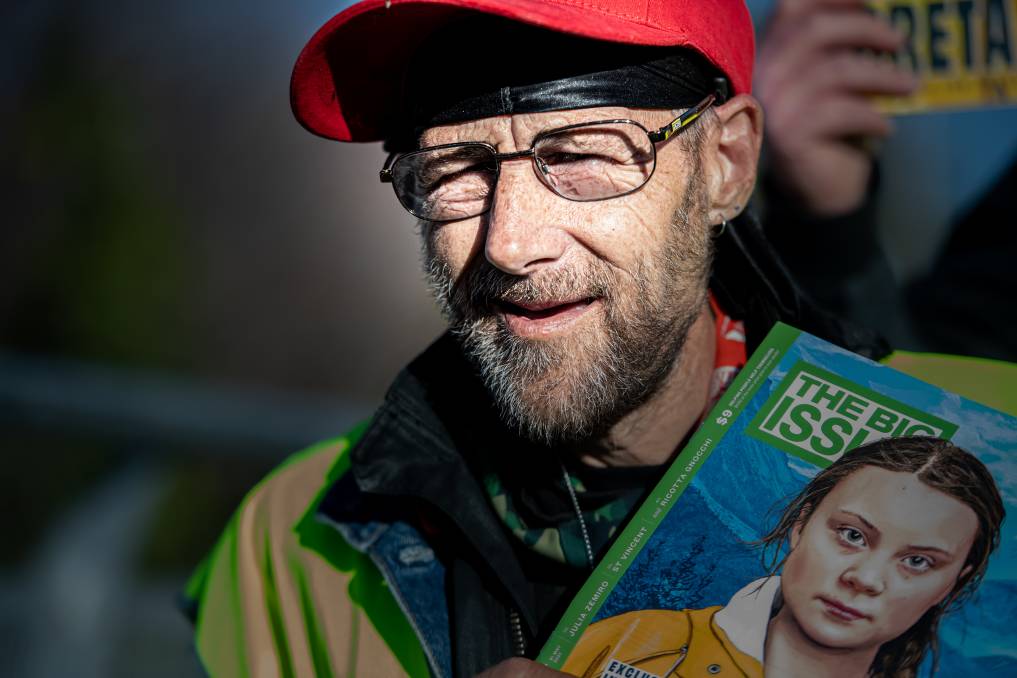 Big Issue vendor Randy has been selling the magazine for the past seven weeks. Picture: Karleen Minney

The Big Issue editor Amy Hetherington said, “There’s a lot of individual stories in this edition and when you talk to vendors, they’ll tell you what The Big Issue means to them.

“For example, Ron in Adelaide was connected to a literacy program through The Big Issue, and he says how he now enjoys reading bedtime stories to his grandkids. And we speak to Darryl in Melbourne, who simply talks about the dignity of having work and being able to pay his bills and not have to worry about where his next meal is coming from.

“First and foremost The Big Issue does provide work opportunity and it does provide an income. But when you talk to vendors they’ll tell you that it’s more than that. It provides a purpose.

“They’ll talk about how it’s building self-esteem, self-confidence, how it provides a community and it’s also a platform for them to share their own stories.”