In Wagga, the waiting list for social housing jumped from 317 to 409 in 2021, while wait times remain between two and five years for all dwelling types.

In addition to the new units under construction, Land and Housing has also committed to renewing the Tolland Housing Estate which contains 230 properties and 20 parcels of vacant land under the Tolland Renewal project. 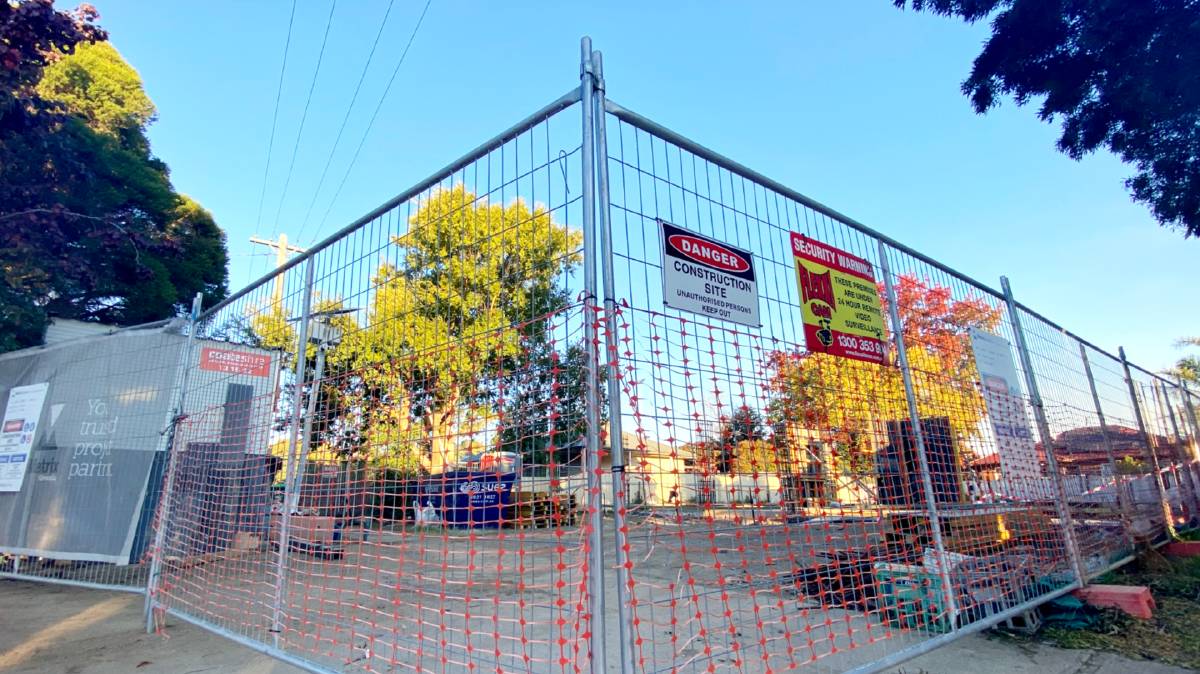 A development on Spring Street and another on South Parade will provide 14 new social housing units in Wagga. Picture: Penny Burfitt

According to the president of Wagga’s Saint Vincent de Paul branch, Peter Burgess, 14 new homes and the Tolland Project fails to meet an increase of almost 100 to the waiting list.

“I don’t think enough is being done,” Mr Burgess said. “The society feels that there needs to be a bigger commitment from the state government.”

“Every little bit helps, but there’s a need for a long term substantial commitment. That’s where we’re coming from.”

Mr Burgess said in Wagga, the lack of housing is most keenly felt in vulnerable people’s bank accounts as they are forced into a commercial market they can’t afford, something he says is tricky to see in statistics and figures.

“We have people coming to us asking ‘can you feed the kids?’ because to have a roof over their head they’re spending 50 to 60 per cent of their income,” Mr Burgess said. “They go hungry so they hide the real effect.”

A mother-of-three, who wished to remain anonymous, was forced to flee a domestically violent situation last September, but has yet to be housed.

Instead, she said she spends almost all her limited funds to maintain a private rental and keep her kids under a roof.

“It’s putting stress on me financially and emotionally and mentally because I’m having to pay all this money as well as pay for schooling and food and whatnot and I’m left with nothing,” she said.

“Even when my washing machine was broken I had to ask Vinnies for support.”

The woman pointed out that there is a financial burden that comes with fleeing a violent home situation and there was one huge stressor making matters far worse.

“It’s the rental situation,” she said. “Having to start from scratch due to domestic violence takes a toll.”

“It’s just hard really. It’s really hard having to balance everything and still be a role model to my kids.”

Auxiliary Lieutenant of the Wagga Salvation Army Val Hopewell said she has seen the need for affordable housing first hand.

“A lot of people are struggling to find rentals, especially affordable rentals,” she said. “There does seem to be a big representation of domestic violence here and it seems difficult for those young mums to find accommodation.”

A spokesperson for the Land and Housing Corporation acknowledged an “emerging need” for social housing in Wagga in a statement to The Daily Advertiser.

“The NSW Land and Housing Corporation is addressing an emerging need for social housing in Wagga Wagga and other communities across NSW by building more and better social housing that responds to the needs of residents now and into the future,” they said.

The number of social and affordable housing options that will be provided under the Tolland Renewal Project has not yet been determined.

As of 2019 there was a total of 4932 social housing residential dwellings in the Murrumbidgee district.

Across the state, the wait list for social housing is currently sitting at about 50,000 people, and St Vincent de Paul has called on the state government to build 50,000 new social housing residences over the next 10 years in response.

The NSW government has committed to rebuilding, building, or refurbishing 23,000 social housing residences.